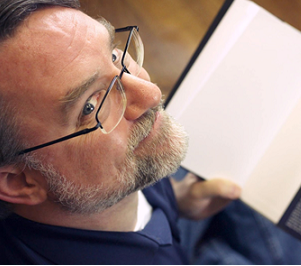 Garon Whited writes novels and various short stories and shows no signs of stopping. Having fought zombie dolphins, quasi-corporeal spirits, and brain-sucking mole rats, he is uniquely qualified to write fantastic fiction. His first book, “Nightlord: Sunset,” features a human physics teacher who is turned into a vampire against his will and proceeds to go on fantastical adventures

Sunset: When Sasha is killed, Eric is thrust into an alternate world in his quest to avenge her death. There he becomes a Nightlord, fights a dragon with the help of his magical steed, Bronze, and upchucks a sword named Firebrand.

Shadows: “I’ve awakened in a stone box about the size of a large coffin… I’m filthy, everything aches, and, by the various so-called gods, I smell awful. “I’ve woken up in worse places.

Knightfall: It’s not easy, being King. You can’t always rule a kingdom and still do what needs to be done. Eric–or King Halar, also known as the Demon King–has more than enough problems without the crown

Void: Eric–or King Halar, or Vlad, or any number of aliases–doesn’t want to be bothered. It’s hard to pin down what he does want, if anything.

Mobius: Faced with war and the end of the world, Eric–or Halar the First, King of Karvalen–must find a way to stop a godlike entity bent on his destruction.

He must return to his lost kingdom to save it, slay a creature claiming to be a god, and navigate the terrible risks of a paradox that could undo everything! And to top it off, he’s trying to raise a daughter. Nobody said being a vampire was going to be easy, but none of this was in the brochure!”

Dragonhunters: You don’t become a hero for the money. The money’s nice, sure, but you become a hero because something inside compels you.

Luna: “It’s the end of the world, and I have the best seat in the house.” Armageddon has arrived. It’s not as bad as we thought.

Garon has been interviewed by