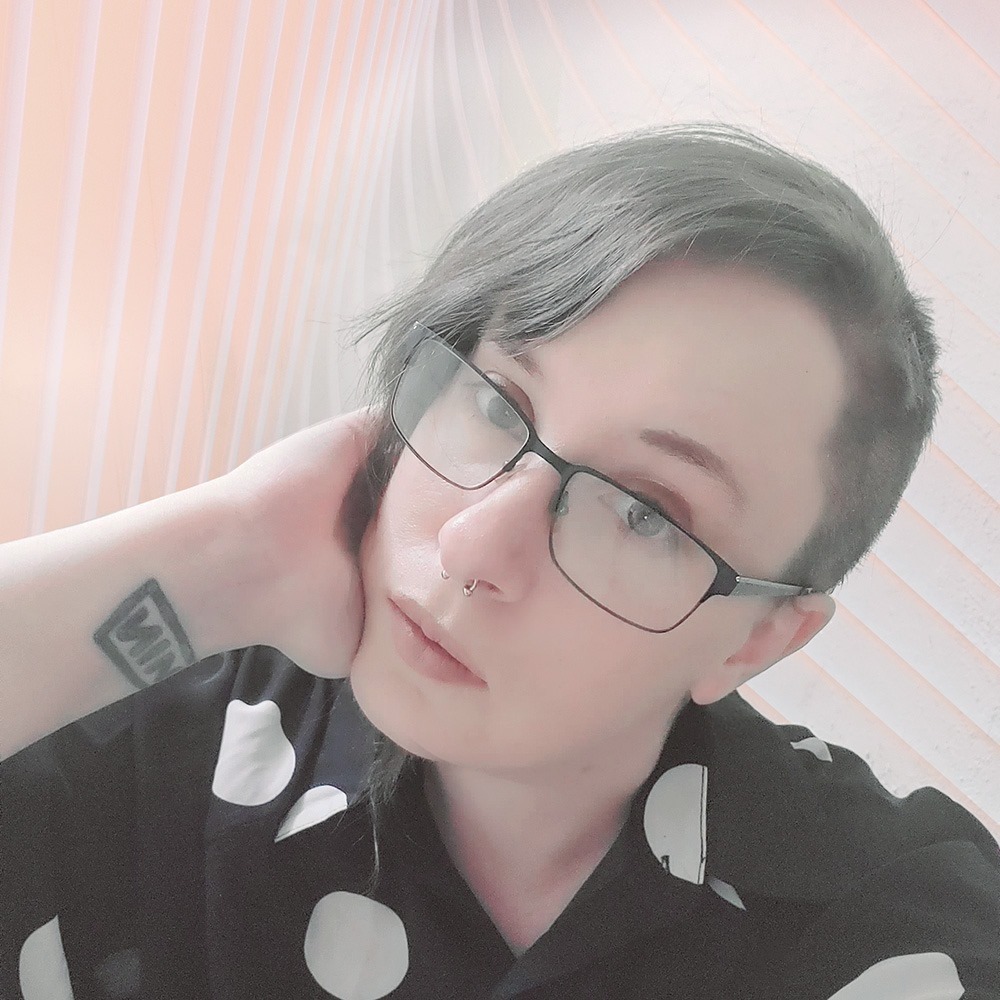 K. Leigh is a 33-year-old sometimes-freelancer and forever artists living in Providence, RI. They have a BFA in Art Ed via the Massachusetts College of Art and Design and are a recipient of the Rachel Whittier Memorial Fund Award for excellent Educators.

They write bittersweet LGBTQ+ stories full of funny, horrible characters and believe that art and entertainment can change the world.

The anime-inspired, LGBTQ+ science fiction trilogy no one asked for but everyone (probably) deserves. 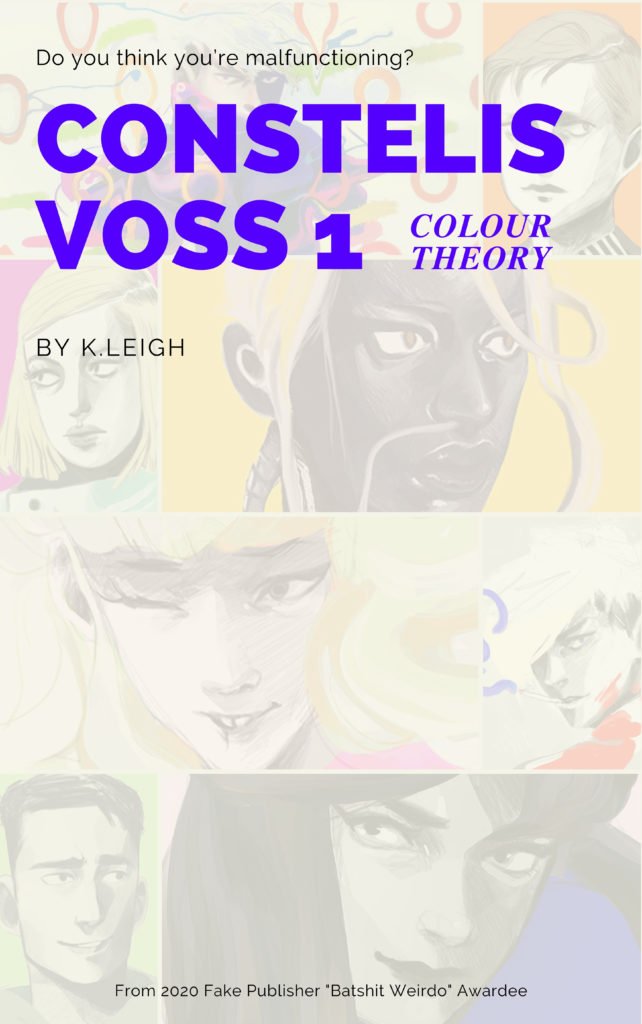 The series opens on a dystopic planet-sized ship in the far future, where a very advanced android receives a personality file from the 90s. He is the only one of his kind.

His name is Alex, and in his quest for understanding just how he got to be an android—and on the planet-sized ship known as CONSTELIS VOSS—he finds curiously familiar faces who help him color in the blanks.

As the coincidences pile up—friends, objects, scenes, motifs, and tropes—they start to form a pattern. A pattern that’s set against the backdrop of a dystopian, corrupt civilization, with a conveniently very-evil villain.

A pattern that seems, in all its madness, to be directly linked to him.

Something is pulling the strings, and figuring out the mystery is the only way to save himself, his friends, and the future of the very human race itself.

But will he be able solve the mystery without losing himself-and his friends-in the process? The road to hell is paved with good intentions, after all.

“Anyone who is pro-sex work, aware of the effects of unfettered capitalism, and is tired of the way trans characters are portrayed would enjoy this book. Anyone who isn’t of those categories likely needs to read it…I see a fandom sprouting from this trilogy – and only the first installation has been released! I’m telling everyone I know about Constelis Voss.”  – Mariah H., NetGalley

“The writing style is sometimes like that of Virginia Wolf or James Joyce” – Madeline J., Educator, NetGalley

Available Through: Ingram (wholesale), Barnes & Noble, Amazon, Bookshop.org, and others.